Surfline have partnered with Surfing World magazine. '''Each [article] will tell a story of country, from a place we prize as a surfing heartland, from a time long before we learned to surf it. We hope these will help us better understand our surfing home. Here is a story of the island now known as Stradbroke, and of its human populations over many millennia.''

This is Quandamooka country, which is made up of three clans: Nunagal, Goenbal and Ngugi. At the time the whitefellas arrived on Stradbroke they say there was about 300 Nunagal people living on the island and maybe 80 Ngugi. Minjerribah means “land of mosquitoes” in one language, but we have three tribal groups here and seven language groups.

Originally it was thought our people had been on the island 21,000 years, but last year they found two midden sites and dated one at 40,000 and the other at 65,000. Those sites are all over the island, although the mines have done a lot of damage and the early Europeans would dig them up and burn the shell for concrete. These middens are all around the coast and even through the middle of the island, where people would camp while crossing the island. Two, three years ago now I was fortunate enough to find a stone axe in the mud down near Amity Point.

Amity was a stronghold, especially for the Nunagal people. What are now the towns of Dunwich (Goompi), and Amity (Pulan) were the main campgrounds but also Point Lookout (Mulumba) in wintertime when the mullet were running. Living on the island you had the ocean side with a lot of your fish, and the bay side for your turtle (boopia) and dugong (yimgun). Amity has all the freshwater behind it so that’s where you got all your vegetables.

The fish are seasonal, and we’d know the signs for when they’d be here. When the rainbow lorikeets and the hairy caterpillars arrive, that’s sea mullet season. Then when the wattle tree flowers, the tailor are running. When that wattle flower dies off, we know it’s flathead season. Mirrigimpa is the sea eagle and for us he was a law bird so we couldn’t hunt the fish until we saw him hunting. He only sings twice; when the tide is coming in and when the tide is going out. The old people used to use the dolphins (buangan) almost like pet dogs. They’d slap their sticks on the water and the dolphins would come in and help herd the fish into nets and traps.

This section of the island was once part of the mainland. You see the red dirt here? This is the only red dirt on the island. The sand coming up from New South Wales has formed everything else and grown the islands all around us.

There are 356 islands in Moreton Bay, so it was pretty easy for the old people to move between the islands and the mainland. This was one of our main travelling routes. From where we are here, you can see Moreton is pretty close, then you’d go from Moreton to Bribie and then to the mainland and the Bunya Mountains for festivals. They’d travel in bark canoes held together with black boys resin, which was waterproof and also reusable. The trip could take a week or a couple of weeks. They’d take cured fish stored in bark to eat and trade, as well as shells and red ochre, which comes from an island in the bay. We’d trade that for stone tools because we’re a sand island and don’t have the stone.

Just before the whitefella arrived a few hundred years ago, Straddie was joined to Moreton – you could walk across there at low tide, although you don’t get kangaroo (garumun) over on Moreton, only here. And Straddie was all one island. Straddie and Moreton were split naturally by currents, but the whitefellas split North and South Straddie. The Cambus Wallace was shipwrecked on the island, and to salvage the rum they blew a hole in the dunes. Too much dynamite though, and they blew a hole in the whole island. A cyclone hit and the ocean broke through to the other side. That’s where Jumpinpin is today.

Matthew Flinders was the first European to sail through here and the Nunagal mob helped him out with some water. Then 20 years later three convicts tried sailing from Sydney to Illawarra in a small dinghy but got blown all the way to Moreton five weeks later. The Nunagal mob saw their fire and went over and brought them back to Straddie where they stayed for eight weeks. They eventually took a canoe up the Brisbane River where they met a government surveyor. This was the start of Brisbane, right. They knew they couldn’t get tall ships up the river and so Amity became the port of Brisbane for 40 years. Customs, immigration, military, trade… it all came through here, so a lot would happen on Straddie.

There were conflicts with the Redcoats. One of the head warriors from Amity refused to help them unload ships, so they took him out in the boat pretending to take him fishing, then shot him and beheaded him. Our mob were furious and attacked the soldiers. Then we got warned they were planning a big assault on the Amity mob, so we split. When they couldn’t find us, they went to Moreton and come across a big group of 20, including women and children, and shot the lot of them. A six-year-old girl survived and told the story.

But with Amity as the port there was soon other races coming and mixing. There were Spanish, Portuguese, Filipinos and Melanesian slaves from Vanuatu and the Solomons who were brought in to cut sugar cane. One of my grandfathers was from Vanuatu so it became this big mix. Then there was the Benevolent Asylum where they dumped people with disabilities, leprosy, alcoholics, all out here on the island. Our people worked in the asylum and looked after these people, but weren’t allowed to stay in the town and lived outside town in a camp at One Mile. The first Aboriginal mission in Australia was also opened here in Dunwich in 1843.

The dugong were a big thing for us. They had a lot of meat and solid bones. You could make any type of tools or weapons from them, and we used the oil for muscle aches, pains, winter coat. When whitefellas come and brought tuberculosis, the lung disease, we used the dugong oil for that. The whitefellas, they’ve seen that it worked better than anything in Europe, so they started a dugong oil industry and nearly wiped them out. They wiped out the two big species down south in 10 years, and almost wiped out the smaller species around here as well before they were stopped.

But when the Catholics came over, all our ceremony was forbidden, and it was lost. That knowledge got broken and it’s only in the last 30 years that we’ve been able to bring a lot of that culture back. My brothers, the Walker boys, were able to bring some dance back from Arnhem Land, and we’ve begun to put our language back together and some of our stories and song and dance. Everyone’s back dancing, everyone’s back painting. We’re putting things back together.

Matt Burns is a Quandamooka man and cultural educator. 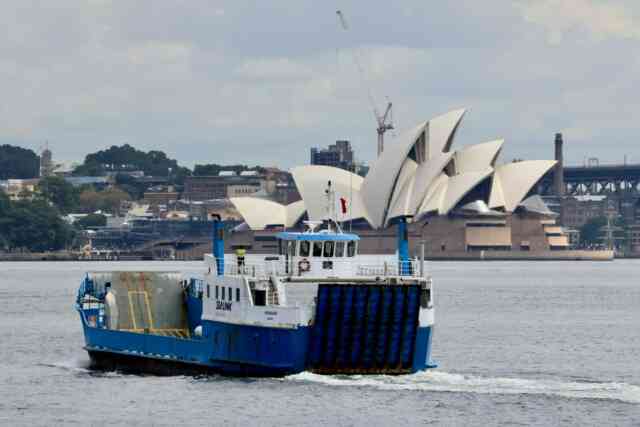 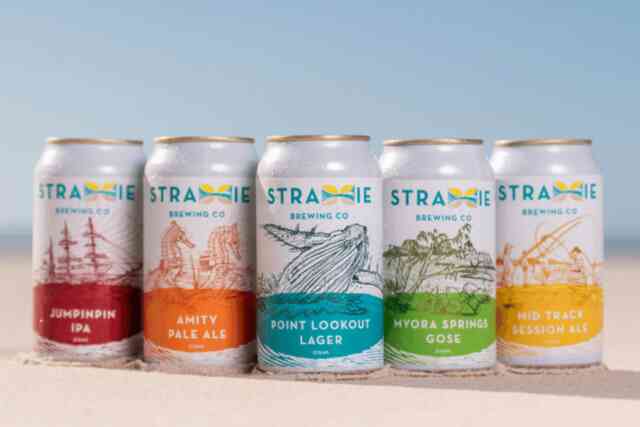