Straddie really is this wonderful place where you can see dolphins, turtles, manta rays and even dugongs without the need of a boat or entry fee.

The waters surrounding North Stradbroke Island are home to both bottlenose and Indo-Pacific humpback dolphins and are visited by common and spinner dolphins. The area provides an abundance of bountiful foraging habitats for dolphins such as seagrass beds, mudflats, reefs and mangroves. Point Lookout has a large population of resident bottlenose dolphins which varies seasonally between 700 – 1000 individuals. They can be seen feeding, sleeping and riding the waves in Frenchman’s Bay and off Cylinder Beach. This is the largest reported population of bottlenose dolphins in the smallest area in the world.

Norm’s Seat cliff-top observation point on the North Gorge walk at Point Lookout offers an excellent view of bottle nose and Indo-Pacific humpback dolphins playing and surfing the waves with the board riders.

Moreton Bay is a well-known marine park and is one of the few places in the world where large numbers of dugongs can be found. These captivating creatures inhabit shallow tropical waters and are listed as vulnerable to extinction by the World Conservation Union. There are believed to be 600 to 700 dugongs who call the Moreton Bay area home. Although very shy, these mammals can be seen around Amity Point or during the crossing to the island from the mainland.

Green and loggerhead marine turtles inhabit the sub-tropical waters surrounding North Stradbroke Island. They are long living, taking up to 50 years to reach maturity. Turtles have separate locations for breeding and feeding and thus some turtles can travel from as far away as Papua New Guinea and New Caledonia to nest on Stradbroke Island. Female turtles come ashore between December and February to lay their eggs, something they can do up to four times a season! Frenchman’s and Deadman’s beaches are usually the preferred location for turtle nesting. Moreton Bay is the only place in the world where turtles and dugongs still live on the doorstep of a major city.

The manta ray is a graceful and acrobatic animal and is the largest of the rays.While closely related to the shark, the manta ray is harmless and usually relaxed around divers, often allowing an up close and personal experience! A noted site for divers and snorkellers is Manta Ray Bommie, just off Point Lookout, which is one of the best places to dive with manta rays in Brisbane and is mentioned by Queensland Tourism as one of Queensland’s top dive sites! Groups of three to four manta rays can usually be spotted during the summer months, when numerous rays converge on Manta Ray Bommie to be cleaned by smaller fish. 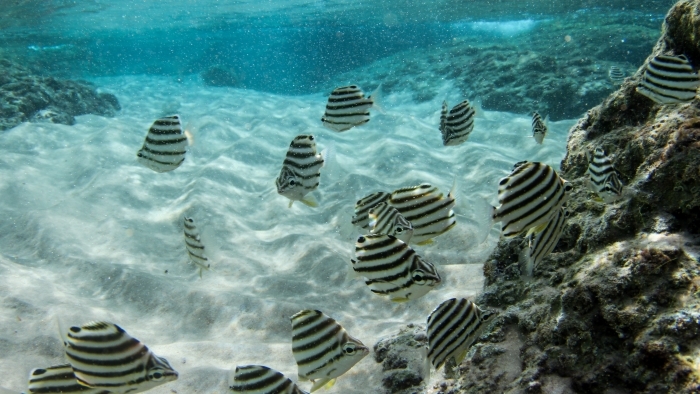 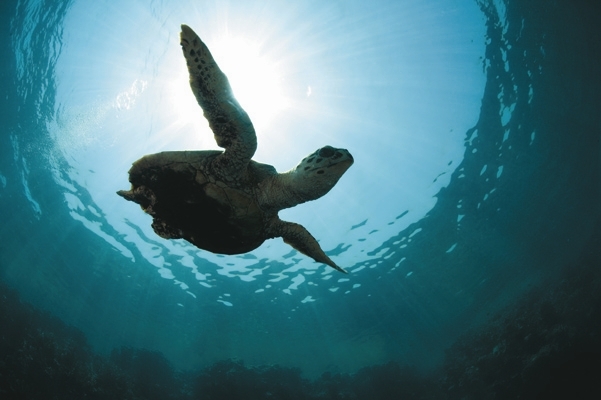 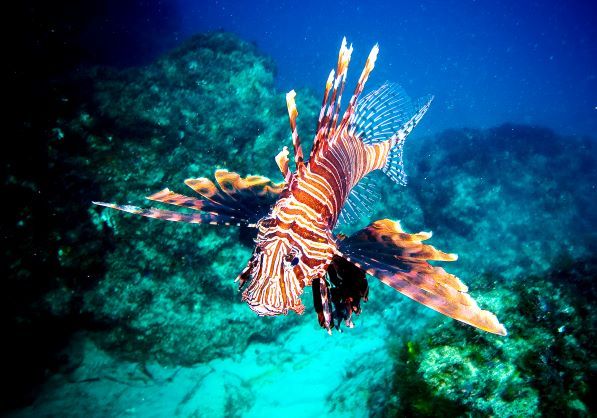 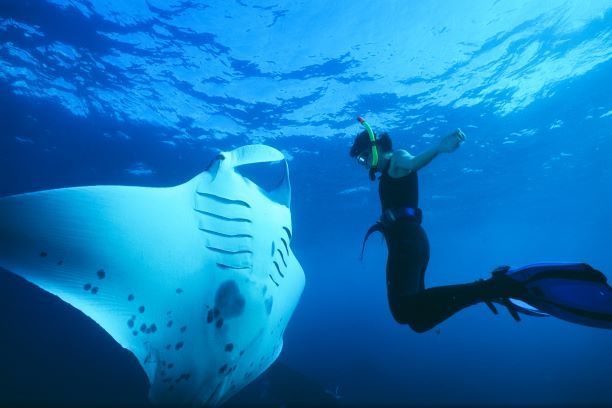